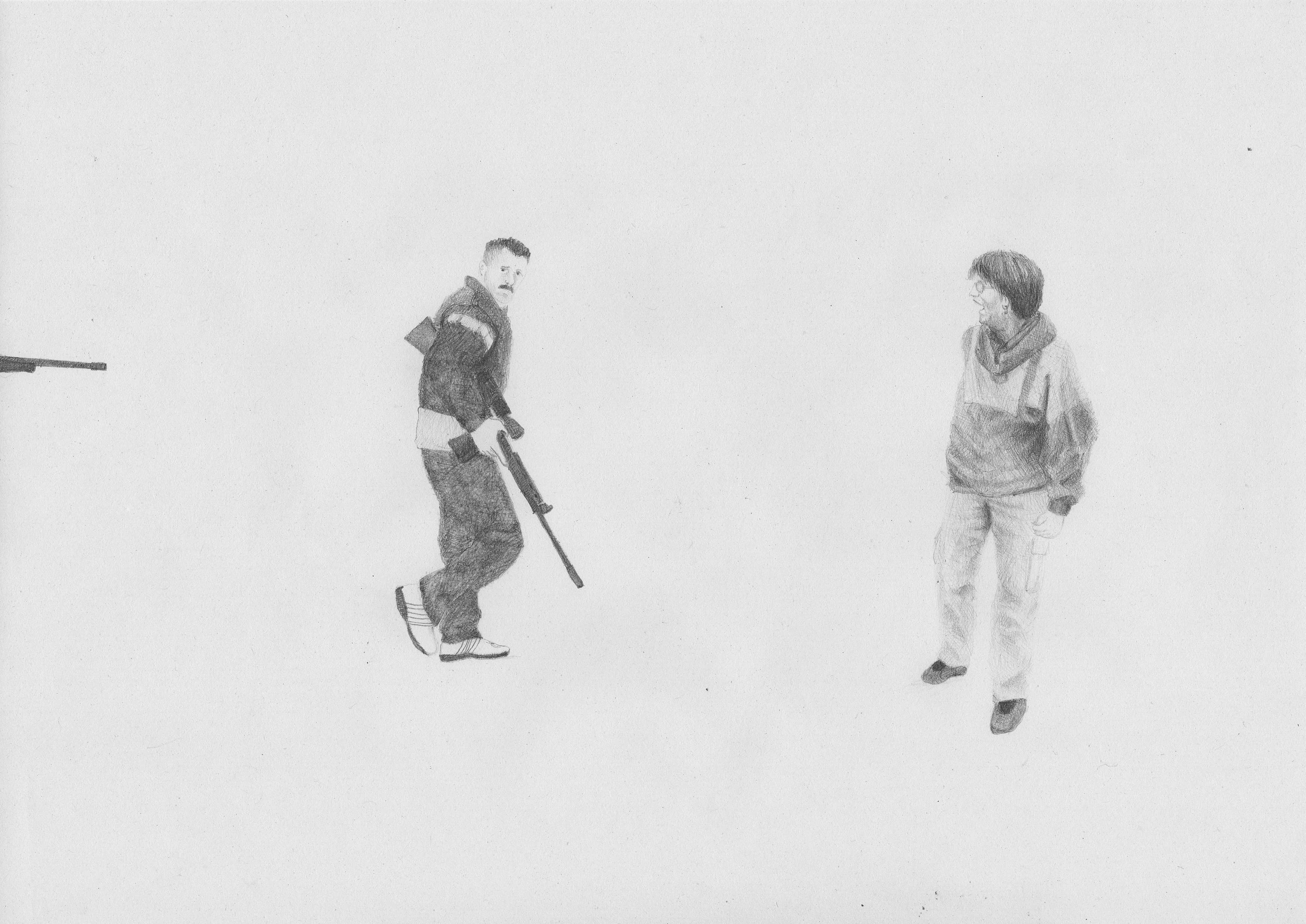 Massinissa Selmani’s drawings attracted special attention during Okwui Enwezor’s ‘All the World’s Futures’, at the last Biennial in Venice (2015). With this exhibition, AKINCI is proud to present Selmani’s drawings and animations for the first time in The Netherlands.  The works of Massinissa Selmani are characterized by an extreme simplicity. They are often montages of images and drawings, or short animations in which he mingles humour, irony, and sometimes a sense of revolt. Selmani reveals the ambiguity of signs and pushes their juxtapositions until absurdity: a picture presents two incompatible scenes that must be connected by looking at them, or a picture duplicated by a tracing paper. This duplication blurs or corrects the image.
Selmani’s subjects often find their origin in current political and social events and newspaper cuttings. The images that they show are the result of a selection process, treatment and cropping inspired by the archive and documentary codes. Sometimes they create a mise en scène or a narrative that opens up various experimentation fields. Besides the drawings, this exhibition offers a number of animations, in which the artist shows the same passion for the simple image and experiment through moving image.

Massinissa Selmani received a special mention from the jury at the 56th Venice Biennale. In 2016, he was winner of the Art Collector Prize in Paris and the Sam Art Projects Prize in Paris. The work of Massinissa Selmani has been recently exhibited at the Dakar Biennial (2014), the CCC of Tours (2015), the first triennial of Vendôme, France (2015), the Lyon Biennial (La vie moderne, curated by Ralph Rugoff, 2015), Art Basel Statements (Selma Feriani Gallery, 2016) and La Maison Salvan, France (2016), Zachęta National Gallery of Art, Poland (2016), the 13th Sharjah Biennial (2017) and Frac Centre, France (2017).