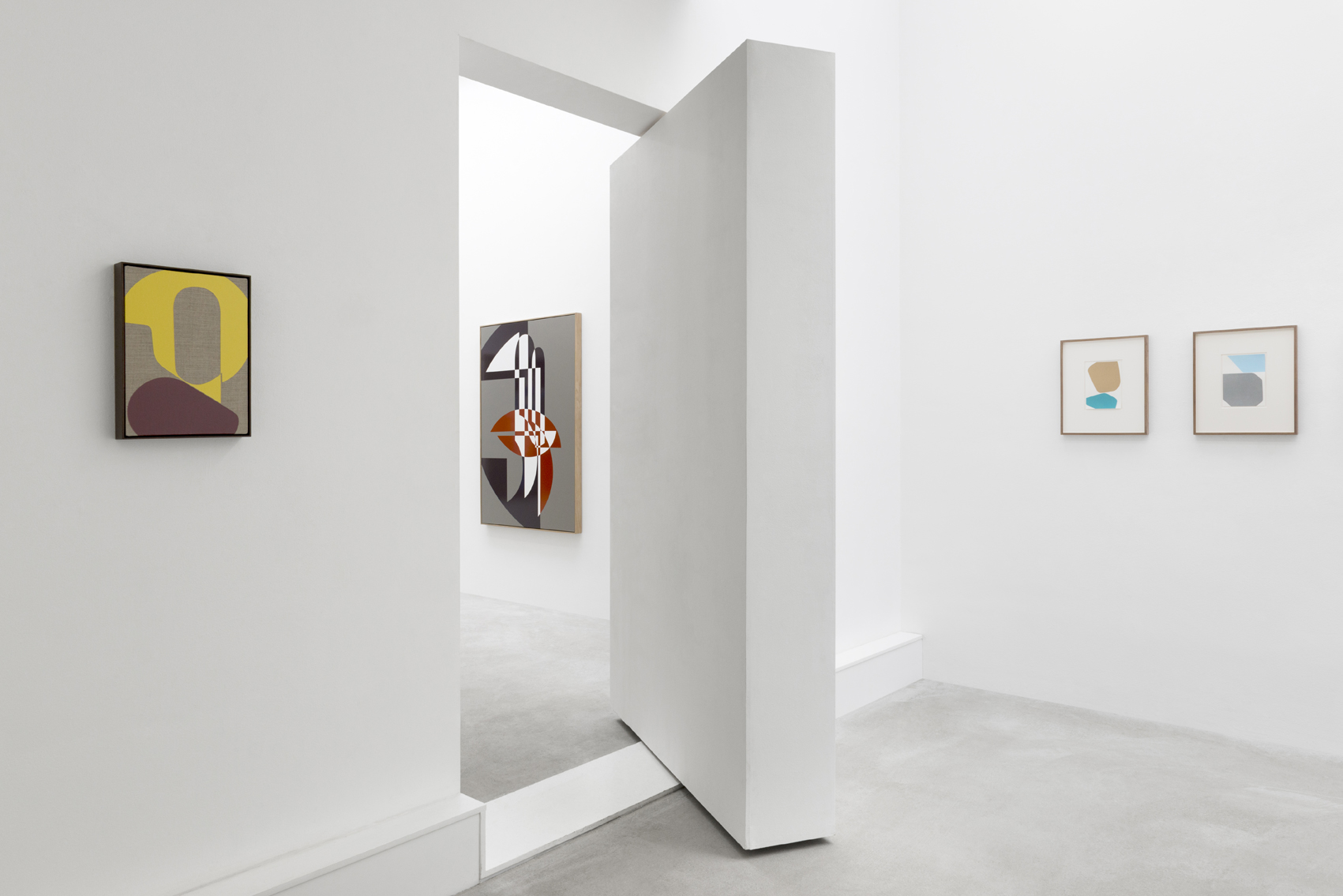 Albrecht Schnider (1958, Luzern) is one of the most idiosyncratic painters at work. This is due not so much to his subjects, which comprise the traditional genres of art history such as landscape, figurative painting and still life as well as abstract works. It is more on account of the individual and highly distinctive attitude and direction he follows in terms of both form and content. Albrecht Schnider’s precise abstract paintings take as their source the delicate explorations of shifting planes and geometric forms found in the artist’s drawings.

Though the artist’s paintings demonstrate a restrained elegance, their source drawings, swiftly sketched at the end of each day in the studio, are products of a spontaneous, intuitive process. While many of these drawings remain simply exercises, never emerging from their sketchbook, others are singled out by the artist for further exploration. Their oppositions of line and surface, presence and absence, are distilled and translated into the larger, more rigid compositions of Schnider’s paintings. When we look at Albrecht Schnider’ s figurative and abstract drawings and paintings, they are reminiscent of things that lie behind us; they point to the void and they prefigure something new

Albrecht Schnider (1858, Luzern, Switzerland) had exhibitions at Galerie Thomas Schulte, Berlin (2018), Kunstmuseum Luzern (2016), Kunsthalle Bern (2016), Helmhaus Zürich (2014), Kunsthalle Bremen (2012), Kunstmuseum Solothurn (2011), Haus am Waldsee, Berlin (2011), Kunsthalle zu Kiel (2011), Museum Wiesbaden (2011), among others. His work is included in numerous public collections, including those of the Kunsthaus Zürich, the Kunstmuseum Bern, the Kunstmuseum Luzern, the Musée Cantonal des Beaux-Arts, Lausanne, the Kupferstichkabinett Berlin, Schering Stiftung, Berlin, and Swarovski, Wattens, Austria. He is represented by Bob van Orsow in Zurich, Thomas Schulte in Berlin, Marc Jancou Contemporary in New York and AKINCI in Amsterdam. In 1994 he was awarded the Manor Kunstpreis. Schnider holds professorship at the Hochschule der Künste in Bern. After having spent a long time in Berlin, he returned to live in Switzerland two years ago. In 2021, there will be a solo exhibition of his work in Kunstmuseum Thun, Switzerland.