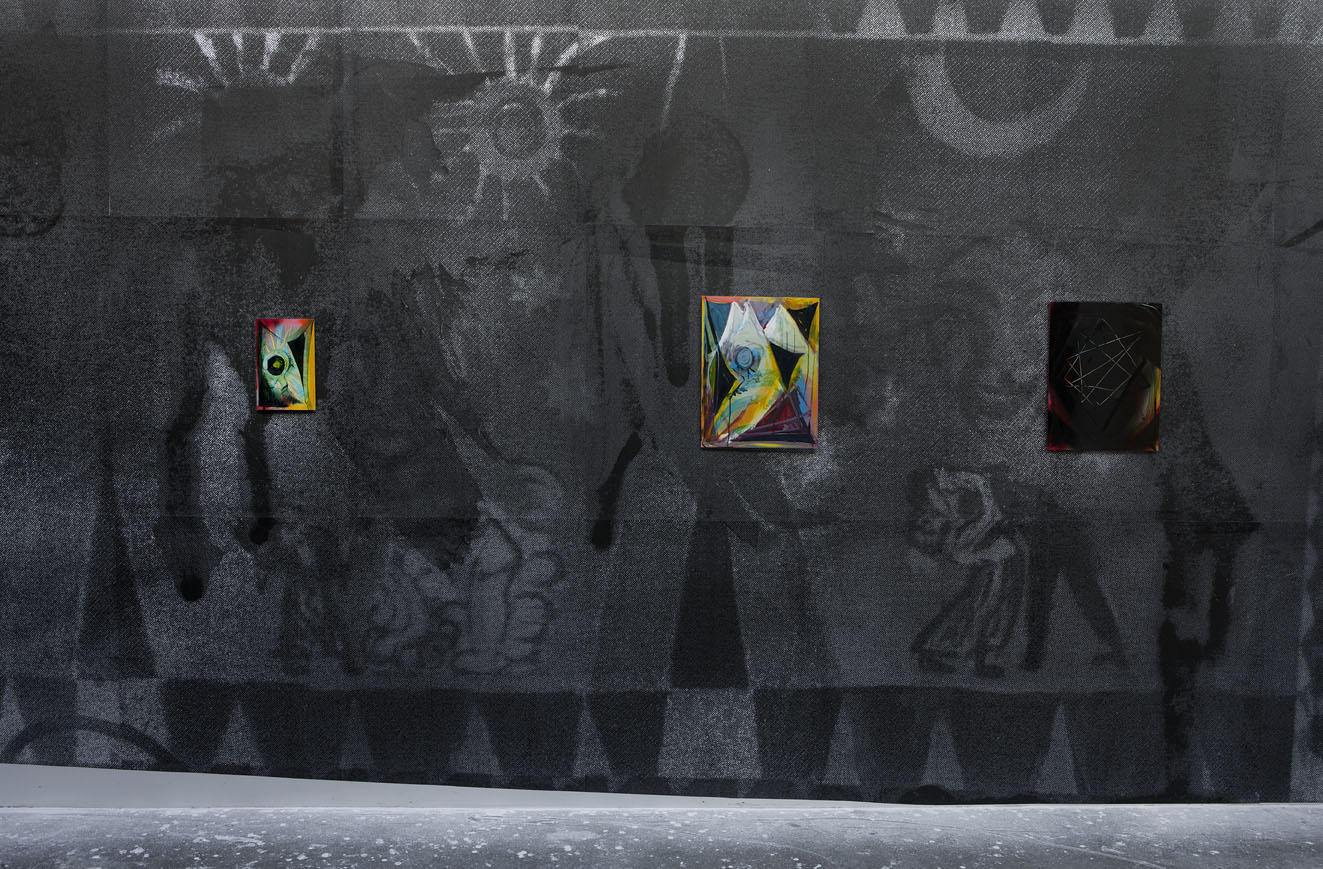 Hysterie und Abstraktion (‘Hysteria and Abstraction’) was the title of Hansjoerg Dobliar’s first solo presentation at AKINCI. By using this title to announce his exhibition, the artist clearly states that his works are abstract. However, there is far more to this than first meets the eye. Abstraction’s history within modern art goes back a long way. In determining where it begins, one is soon confronted with a plethora of interpretations consisting of divergent opinions and often contradictory approaches as to how form, colour and line can be used to create a composition, independent of reference to reality. Cube- and prism-like shapes converge with strokes and lines in Dobliar’s oil paintings, aluminium works and objects in a way that is of an entirely different order. These strokes and lines outright defy any attempt at definition nestling between the painted surface’s layers.

References to German Expressionism are present, as is ornament, or a predilection for a certain whimsical spirituality, even occultism. Dobliar nurtures a certain playfulness around abstraction, but makes implicit his wish to create ties to psychic worlds that overpower time and space with ease. As is often the case among his generation of painters, Dobliar is setting his works within his own exhibition. Not only the way in which his individual works are composed, but also the overall impression that they create, for instance with the backdrop adapted by the artist from scenery by Ernst Ludwig Kirchner, will not fail to astonish anyone visiting this exhibition.