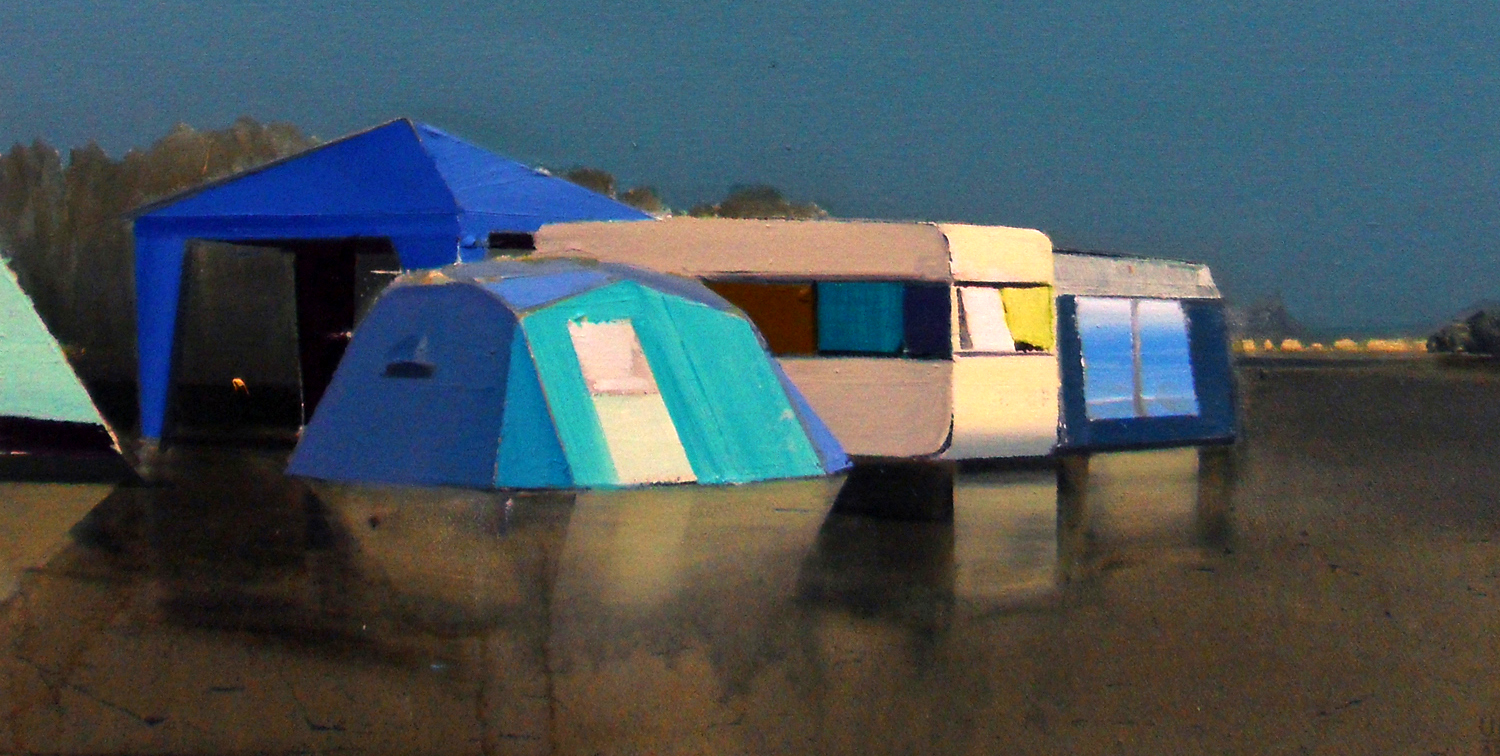 The paintings of Ulf Puder depict an imagined future, subtly dystopian, with architectural landscapes void of any human presence. Consisting purely of shape and colour, his paintings hold a middle ground between abstraction and realism. Collapsing bungalows reveal a prefab casing, transforming the buildings into geometrical shapes half‐way their construction. Greenhouses divide the canvas into vibrant colour planes, illuminating a dark and smoky sky laden with the sense of a looming apocalypse. At times, the buildings seem completely shuffled by a windswept force, leaving them scattered, piled or partly dismantled in an ambiguous calmness.
Puder graduated from the Leipziger Hochschule für Grafik und Buchkunst in 1989, ‘Meisterschüler’ of Prof. Bernhard Heisig, as one of the leading painters of his generation. His work has influenced young painters both in Germany as well as Eastern and Central Europe.