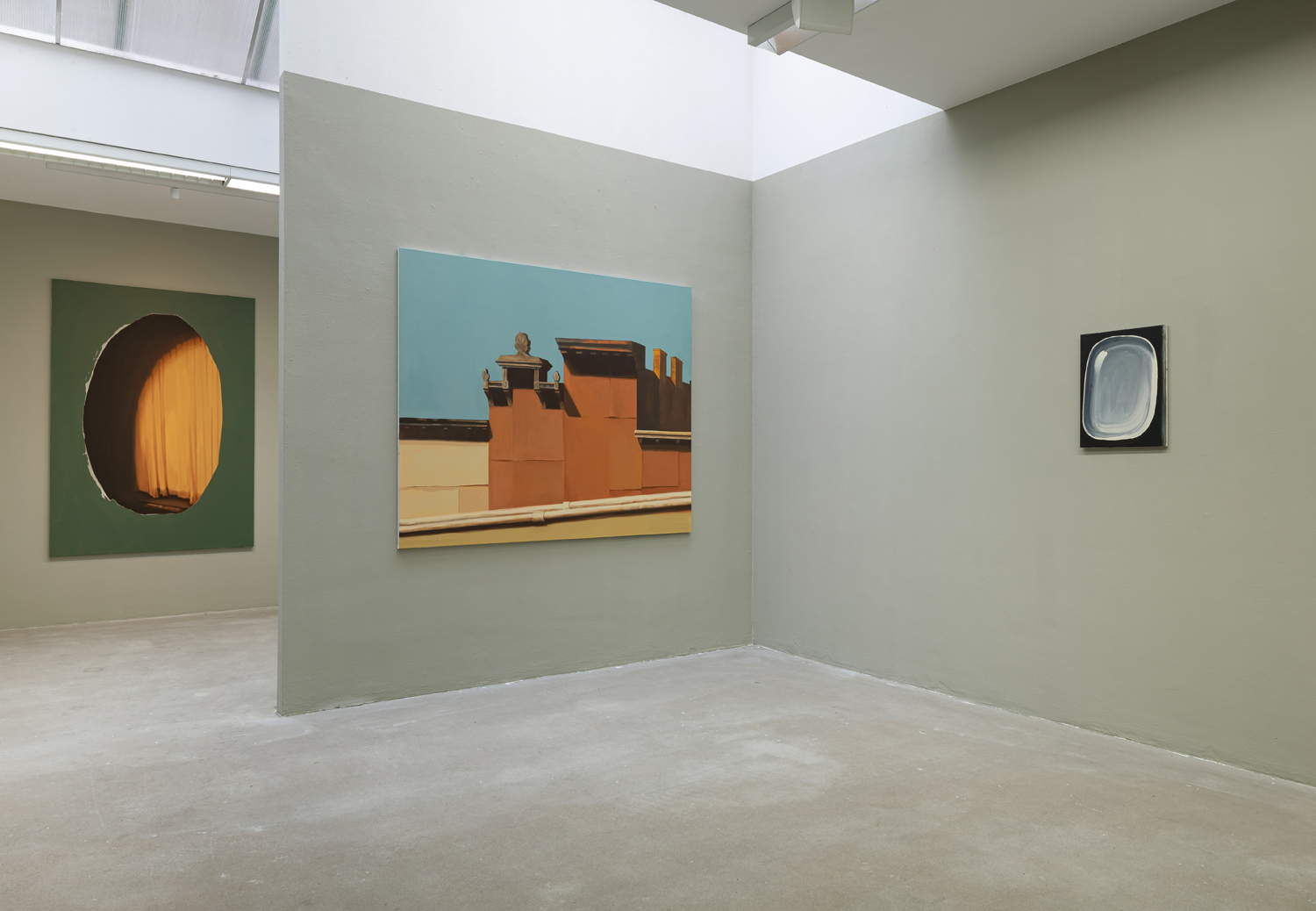 Throughout the oeuvre of Andrei Roiter, living and working in both Amsterdam and New York, the idea of being on the move has become a crucial subject. Since Roiter assumed the role of traveller he has occupied this position, incorporating the whole gamut of prototypes: he is the willing exile, but also the marked stranger, he is the modern nomad and, also in the art world, not only a fellow player but also the eternal tourist who eagerly absorbs impressions. In his recent works Roiter tends avoid all narrative and explores the joy of almost abstract forms which he fills with enigmatic depth and endows with a translucent mystery.

Andrei Roiter was born in Moscow in 1960. He attended the Moscow Institute of Architecture from 1978-1980, during which time he began to show his works in underground exhibition spaces. Since the mid-80’s Roiter took part in several international exhibitions of Russian art in Europe and the U.S. Since 1990, Roiter has lived in the West, exhibiting in Germany, Switzerland, Sweden, Japan and USA. Among the more notable exhibitions were those at Kunsthalle Basel, Switzerland; SF Museum of Modern Art; Ludwig Forum-Achen; Kunsthalle Recklinghausen, Germany; Schiedam State Museum, Netherlands; Kunstmuseum Solothurn, Switzerland; Moscow Museum of Modern Art, Moscow; Van Abbemuseum, Eindhoven, Netherlands; Centre Pompidou, Paris and in Museum Bonnefanten in Maasticht and Museum Helmond in the Netherlands. His work is in many private and public collections throughout the globe, mostly in the US, Belgium and the Netherlands.