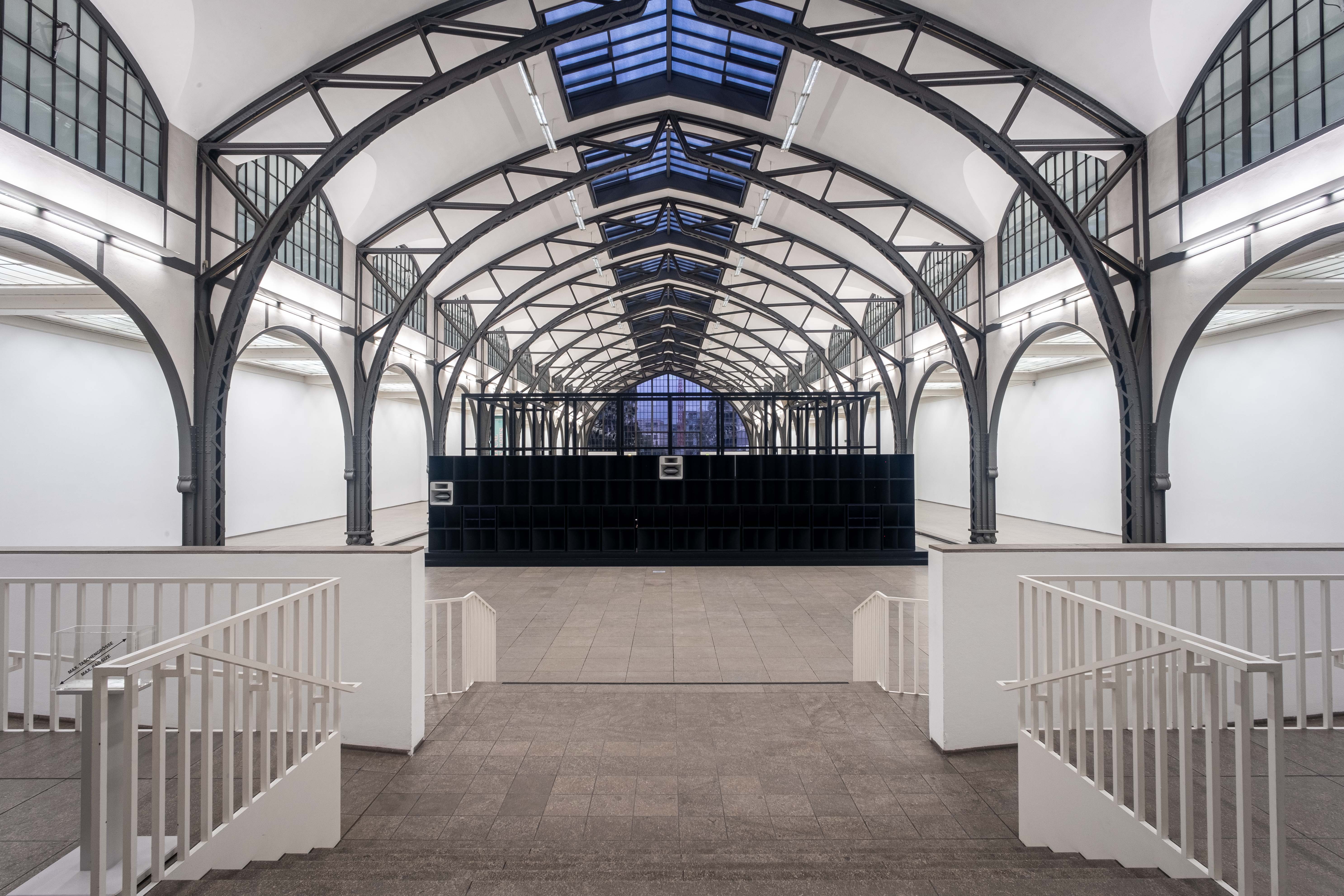 Cevdet Erek’s work is characterised by a marked use of rhythm and site specificity. Erek combines video, sound and images, often in an attempt to alter the viewer’s perception and experience of a given space. The result functions as a hypothesis, probing the viewer’s instinctive logic and thus appealing to the senses. Interestingly, Erek manages to combine rational components such as references to architecture and linear time – with instinctive impulses, thereby levelling the gap between two supposedly opposing spheres.

During his architecture studies at the Mimar Sinan University of Fine Arts, Cevdet Erek (1974, Istanbul, Turkey) worked at various architectural practices and co-founded the music band Nekropsi. In 2003, he left the master’s program at MSU for the Istanbul Technical University’s Center for Advanced Studies in Music (MIAM), where he studied Sound Engineering & Design and worked as a research assistant from 2002-2011. Erek was an artist in residence at Rijksakademie in Amsterdam between 2005-2006. He currently lives and works, both as an artist, teacher and musician in Istanbul, Turkey.

Cevdet Erek presented his monumental installation ÇIN in the Turkish Pavillion at the 57th Venice Biennale. His work has recently been on view in a solo exhibition at MUAC, Mexico City, and a solo show InSitu at MuHKA, Antwerp. Expected shows include a solo at Castello di Rivoli and Hamburger Bahnhof (2019). Cevdet Erek was nominated for the Jameel Prize 4. Earlier, the artist participated in the 14th Istanbul Biennale (2015), Marrakech Biennial (2013), the 11th Sarjah Biennial (2013), and dOCUMENTA 13 (2012), which was followed by a publication of the same title published by Walther König. A version of his installations for these biennales was shown during Room of  Rhythms – Curva at MAXXI in Rome as part of the exhibition ‘Open Museum Open City’ (2014). Cevdet Erek’s Rulers and Rhythm Studies were presented in the Stedelijk Museum collection in Amsterdam as well as during the 12th Istanbul Biennial and 7th Asia Pacific Triennial in Brisbane. Previous institutional solo exhibitions of his work were organized by the Heidelberger and Kasseler Kunstverein, Spike Island in Bristol — titled ‘Alt Üst’ (2014) — and ‘Week’ (2012) at Kunsthalle Basel, Switzerland. Among his sound/music work are his sound and music direction for Kaan Müjdeci’s feature length film Sivas (71st Venice Film Festival — Special Jury Prize, 2014), and music and sound co-design for Emin Alper’s feature length film Frenzy (72nd Venice Film Festival — Special Jury Prize, 2015).

Columns of Curiosity for group show “The Floating Collection”

Kolon for the group show “ThisPlay”

A Succession of Turkish Stops