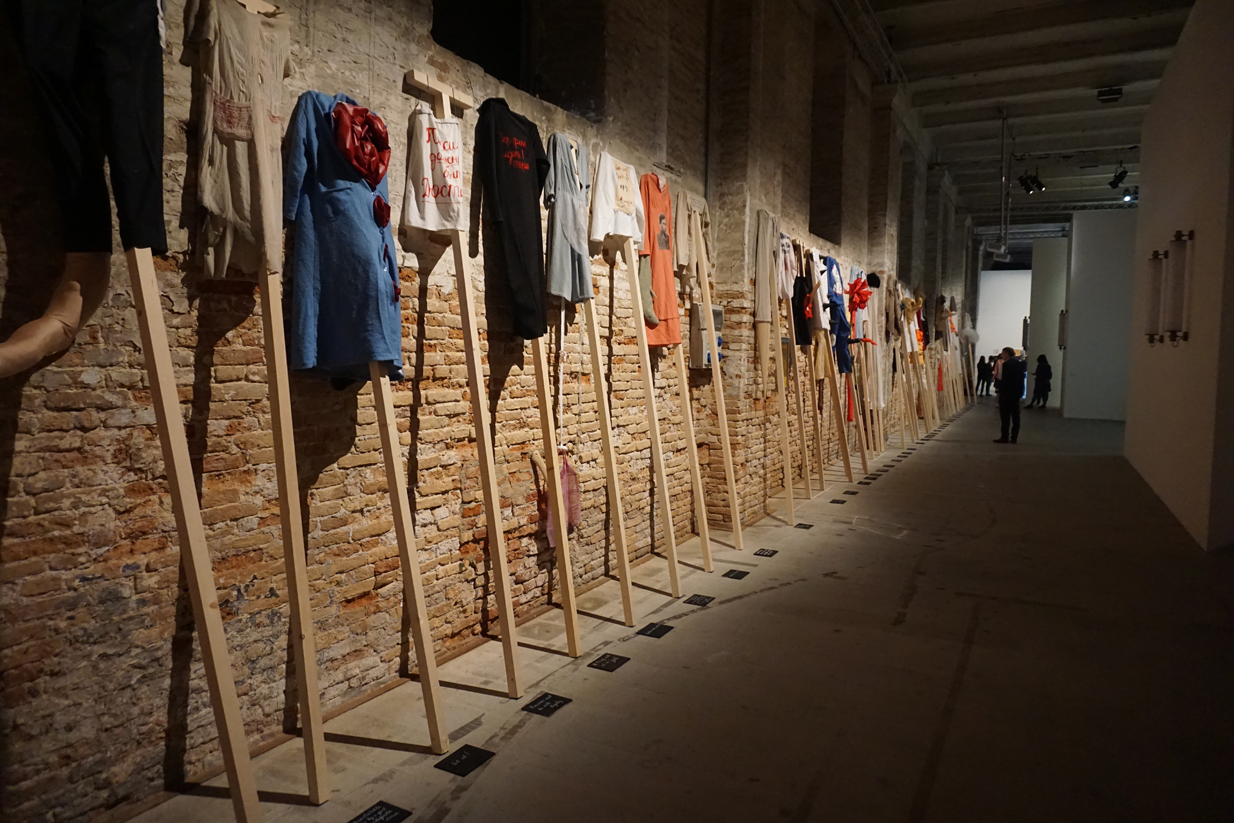 Natalia Pershina-Yakimanskaya (artist name Gluklya) practice contests power structures in public urban space. Gluklya uses installations, performance, video, text and research to develop her concept of ‘fragility’ – a subject that should be interpreted not in the sense of ‘beauty,’ but in that of ‘invisible strength.’ In her projects, she addresses the personal stories of her characters, analysing them and revealing the conflict between political systems and a person’s inner world.

Her work process is playful and her studio often turns into a meeting place where people work together on conceptualizing clothes and making other useable artistic items. In 2017, Gluklya was stationed in the former Bijlmerbajes prison, a unique location where she initiated the Utopian Unemployment Union (UUU), a platform for long-term collaborations with refugees, asylum seekers, students, art practitioners, scholars and other people. Under the umbrella of the ‘UUU’ and in collaboration with TAAK and her collaborators, Gluklya developed the Carnival of the Oppressed Feelings – a protest performance in Amsterdam. This performance was turned into an exhibition, curated by Charles Esche, in Van Abbemuseum Eindhoven, NL. Click here to see Gluklya introducing the exhibition.

Gluklya’s oeuvre speaks of indignation and hope. She makes us attentive of injustice and she proposes playful ways through which people can resist injustice. Her work points to hidden tactics that people might invent, with the help of the artist, to empower themselves and navigate through structures of repression.

During the 56th Venice Biennale, Gluklya presented forty-three ‘Clothes for Demonstration Against False Election of Vladimir Putin (2011-2015)’ in the exhibition ‘All the World’s Futures,’ curated by Okwui Enwezor.

See an interview with Gluklya about her Clothes for Demonstration (…)’, presented during the 56th Venice Biennale here.

To those who have no time to play