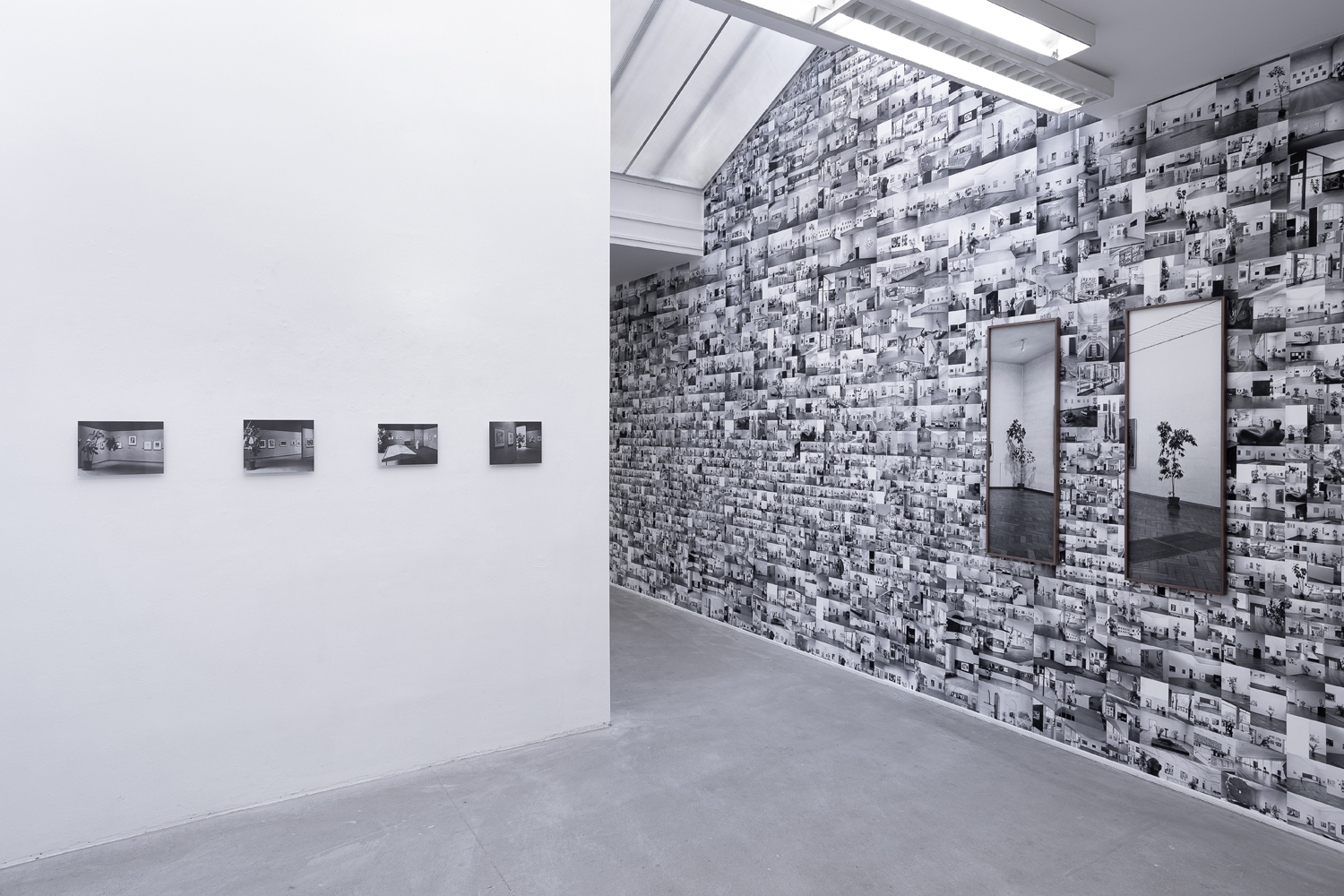 Nothing is Something to be Seen, exhibition overview at AKINCI, 2021, photo by Peter Tijhuis

Inge Meijer’s works transport the viewer to a familiar environment that still manages to feel strange. At the core is the uneasy relationship between humankind and its surroundings. An environment that lives and breathes but which humankind continuously tries to bend to its will. Ostensibly, Meijer aims at the ‘little’ things and the daily actions with which we express our concerns, our dreams and yearnings, and cherish our illusions. Complex phenomena are converted into clear, iconic images. Using a certain amount of self-mockery, she examines humankind, which is continuously arranging, cultivating and shaping its habitat. Plausible fiction or implausible facts are depicted, displaying a down-to-earth look at astonishing things or an astonished look at simple things. Inge Meijer places her viewer at a distance, which in her case has an alienating effect. She creates the illusion that we can view everything, yet although we see things as they are, we are wrong-footed by the combination of the individual elements. This bestows an almost absurd character upon the films, allowing them at the same time to be affectionate.

Inge Meijer (Beverwijk, 1986) studied Fine Art at ArtEZ University of the Arts in Arnhem. In 2017 she completed her residency at the Rijksakademie in Amsterdam, where her films and installations where highly acclaimed during the Open Studios. In 2019 she participated in the ACC-Rijksakademie Dialogue and Exchange program in Gwangju, South Korea. Her work has been exhibited at the Stedelijk Museum Amsterdam, UNSEEN, Museum Arnhem, Asia Culture Centre in Gwangju, South Korea, and Australian Centre for Contemporary Art in Melbourne, Australia. Her publication, The Plant Collection, was selected for The Best Dutch Book Designs 2019. In 2021, she participated in the artist in residency program at Kunsthuis SYB.

We are proud to announce that the Fries Museum in Leeuwarden has acquired multiple works by Inge Meijer, a.o. the film Car Garden (2021).