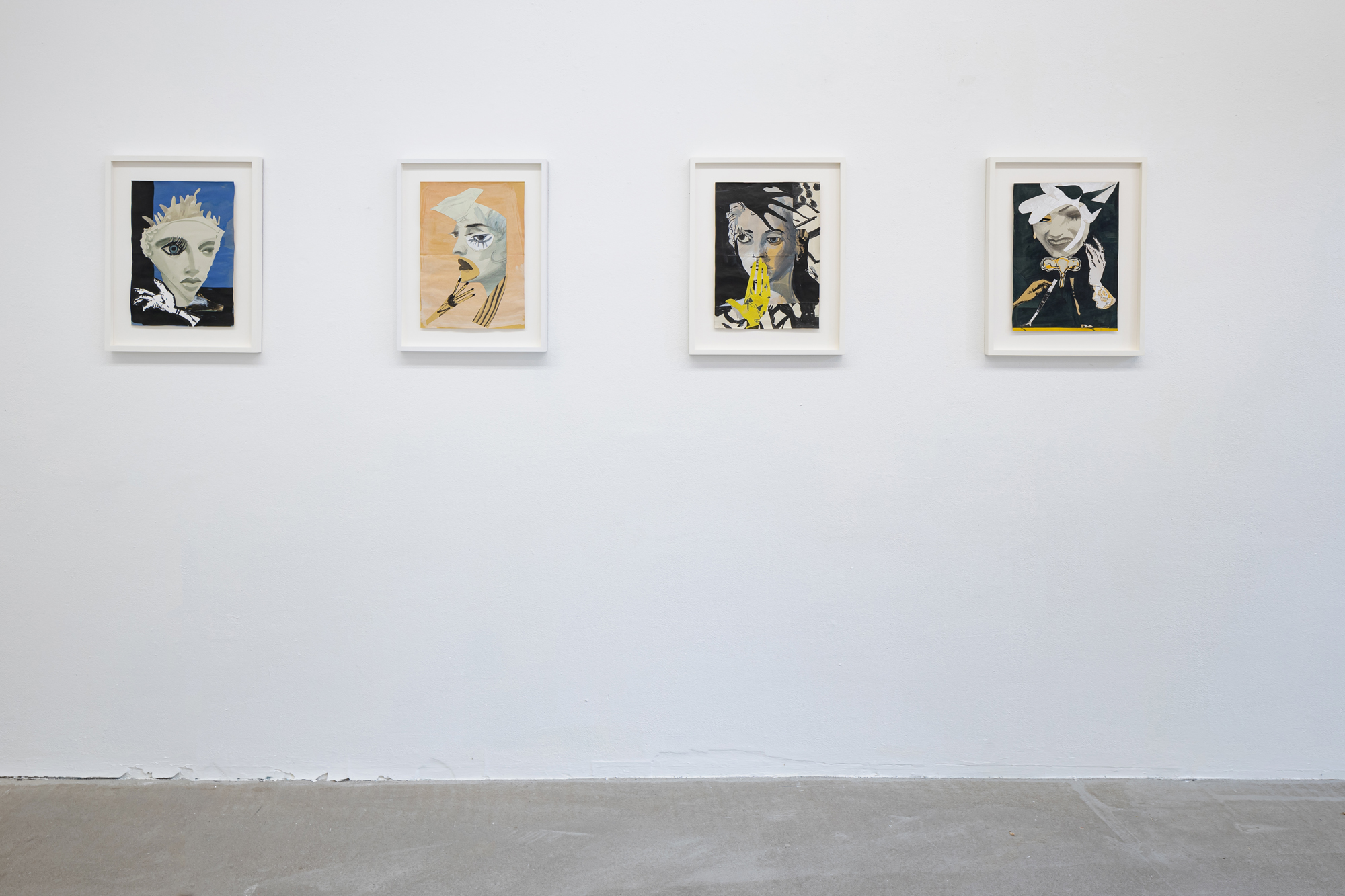 Living and working in Edinburgh, Moyna Flannigan is currently regarded as one of Scotland’s leading figurative painters. Her shrewd and ironic observations of modern humanity and society finds a focus in her work that is fully and assuredly her own. Flannigan paints portraits of fictitious figures in oil paints and watercolours. Some of her characters appear to be more or less everyday people, but others are disturbing or ambiguous in appearance, while still others are highly alluring. Instead of working from models or photographs, Flannigan’s fictitious characters arise from her imagination, vigorously nourished by her recollections of everyday life. Her earlier work entailed a search to identify a particular character and a notional context for the figure depicted, brought into the imaging of her characters are every kind of detail with regard to social status, class, family, and relationships and sex. These works are not portraits at all in fact, but visualisations of a collective consciousness. From the new series of collage works that Moyna Flannigan has developed over the past two years, a number of paintings have recently been developed that offer a new perspective on her consistent oeuvre. Again the woman is central, this time in a classic pose, with references to cubism and at the same time to a powerful image of the woman.