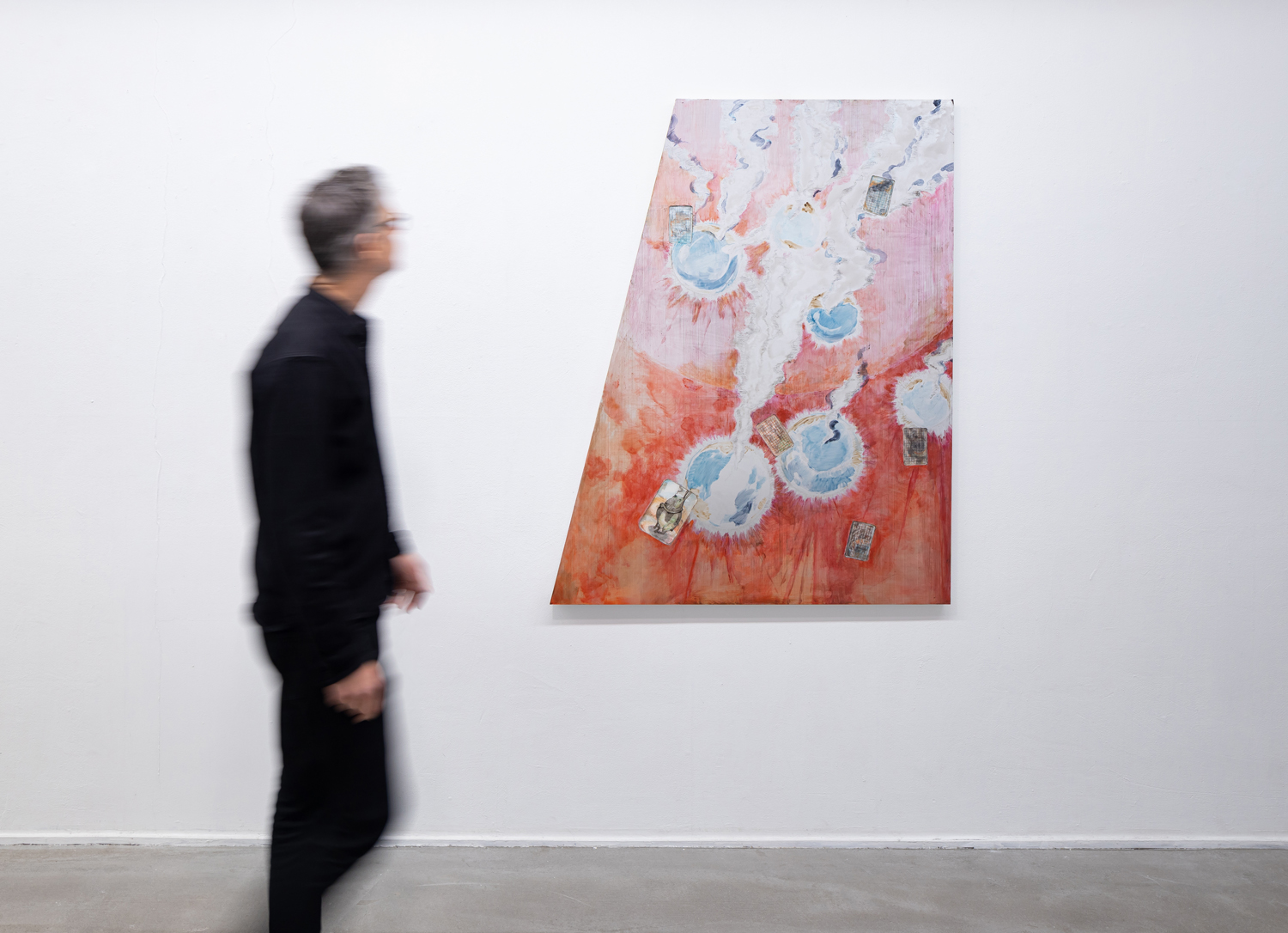 Roger Cremers makes lavish use of familiar historical images, such as photos and pictures from old books, magazines, and more recently the representation of images in social media, which emphasise our striving towards progress. He is driven by a desire to find mirrors of our present time in images from the past. This intuitive process leads him to an eclectic juxtaposition of historical reference and narratives, which interweave both present and past into strangely familiar scenes that are nonetheless out of joint with linear time. His drawings and paintings become abstract landscapes that read almost like a graphic novel. Their contingent relation confront us with the relativity of interpretation and the elusiveness of time. As a romantic, however, Cremers finds that reality presents itself in myths and apparitions, and he adds new ones. The act of thinking creates the forms.

Roger Cremers (1972, Susteren, The Netherlands) studied at the Academie voor Beeldende Kunsten in Maastricht and the Rijksakademie voor Beeldende Kunsten in Amsterdam. His work has been exhibited at a.o. Tate Modern (2001/2013), GEM, The Hague (2005), Bregenzer Kunstverein (2005), the Sharjah Biennial (2003), Documenta 11 (2002), HEDAH, Maastricht (2002), Stadsgalerij Heerlen (2001), S.M.A.K., Gent (1999), Domaine de Kerguehennec, Bignan (1998-99), De Appel, Amsterdam (1997), and multiple times at AKINCI, Amsterdam. In 2016, Cremers curated his show Counterpoint (with Runa Islam and Mark Aerial Waller) and collaborated with Carlo Wijnands for the exhibition design of the expansive Happy Birthday Marilyn at De Nieuwe Kerk, Amsterdam. Recent exhibitions took place in Bregenzer Kunstverein/magazin4, Bregenz, Austria (2018) and the Rijksakademie van Beeldende Kunsten, Amsterdam (2021). Cremers’ work can be found in various collections in the Netherlands and abroad, including ABN Amro, the former Peter Stuyvesant collection, and a variety of private collections. He lives and works in Amsterdam.