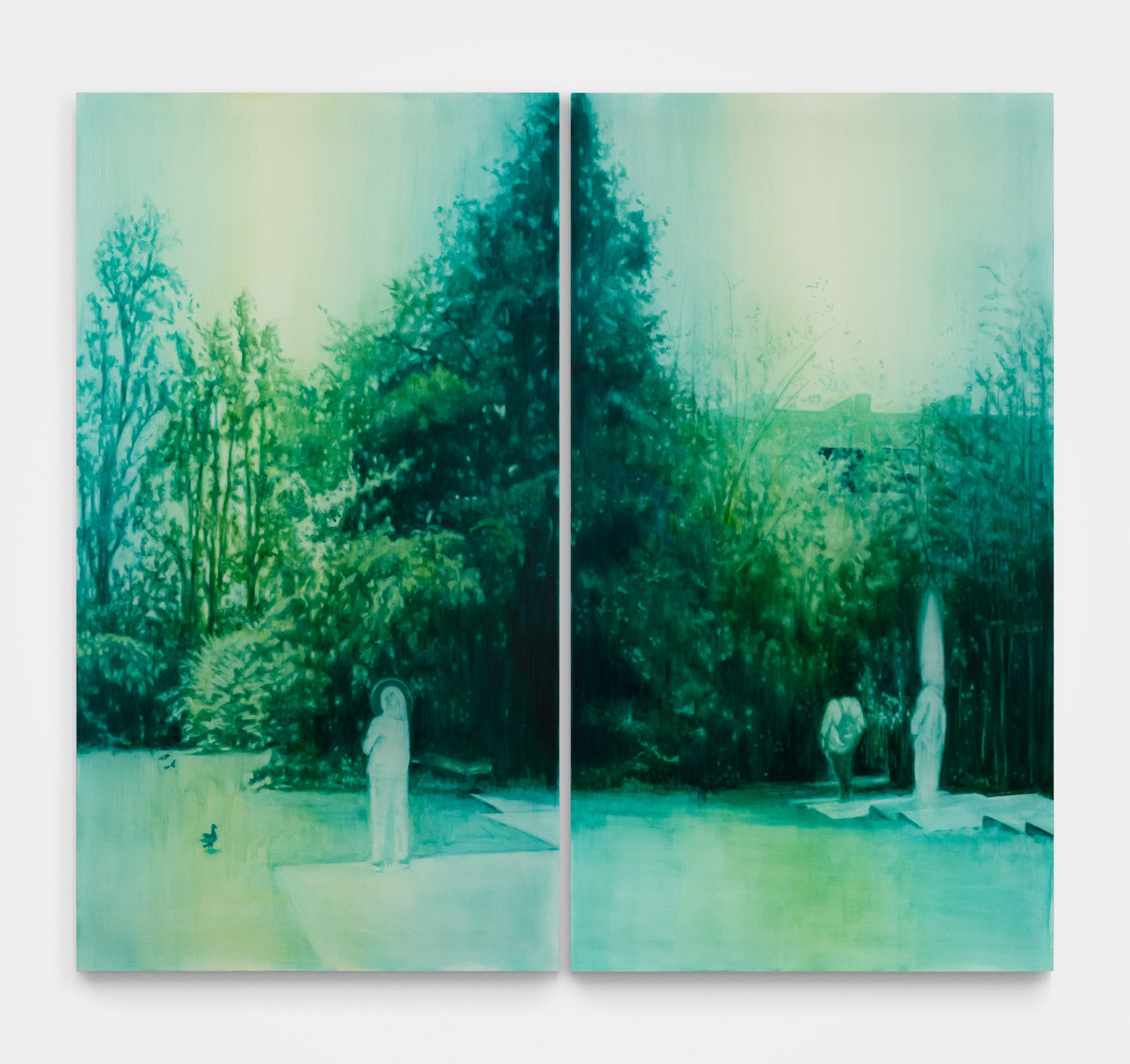 Cape Town-based artist Ruby Swinney (1992) is known for her sensitive oil paintings on tracing paper. She transports the viewer into a totally unknown world full of mysterious apparitions – almost into a ‘parallel universe’. The semi-recognisable and timeless landscapes she depicts are inhabited by peculiar figures who seem to encapsulate – what? The fragility of our existence? The ethereal nature of her paintings expresses a state of uncertainty and longing for the natural world, one that is slowly vanishing. Swinney’s semi-recognisable and timeless landscapes and lush alleys are inhabited by peculiar figures with elongated heads or long shadows. In her work, Swinney is inspired by the Romantic movement as well as by archetypes of Ancient Greek mythology, but also by Rudolf Steiner’s Anthroposophical ideas on the etheric realm and the human soul. Her use of a monochrome palette further expresses this concept, effectively casting each scene in a haze of nostalgia that longs for a time that could have been. In her own words: ‘I think I have certain responses to the present technological revolution that echo the Romantics earlier responses to industrialisation. They reacted by embracing ideas of the sublime in the natural and spiritual or mythical world… In my work I’m trying to evoke this painful longing and uncertainty of what it is to be human, as we fearfully peer out at a shifting world that is becoming dark and unfamiliar.’

Since graduating from the Michaelis School of Fine Arts in 2015, Ruby Swinney (b. 1992) has hosted two solo exhibitions with WHATIFTHEWORLD: Hold Still in 2019 and Ignis Fatuus in 2017. She has also held her solo exhibition Human Nature at Zeitz Museum of Contemporary Arts Africa (MOCAA), in Cape Town. In 2021, she will be hosting a solo exhibition with AKINCI Gallery in Amsterdam, where in 2018 she formed part of the group show, Let’s Talk about Nature.