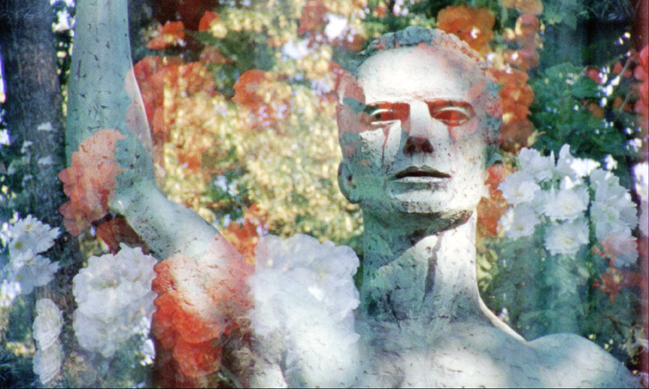 In the poetic film ‘Many Colors of the Sky Radiate Forgetfulness’ Basim Magdy, living and working in Basel, conjures up a kind of dreamstate of imagery, cobbled together with seemingly unrelated footage. Magdy shoots his film with a 16mm camera, cultivating the character of found footage by applying manual distortions: from unhinging the focus for a kaleidoscopic effect, to allowing double exposure or deliberate light leaks to saturate the film with flares of colour, thus endowing each frame with an anachronistic antiquity. Often, his films are ‘pickled’ in household solutions of Coca-Cola, vinegar or yeast, enhancing their ambiguity. Magdy was recently awarded Artist of the Year 2016 by the Deutsche Bank.