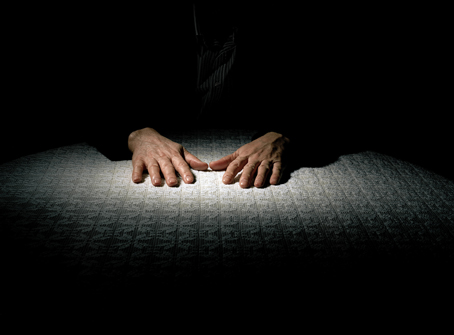 In his work ‘Unexposed’, London based Syrian artist Hrair Sarkissian explores the different phases of migration, persecution and displacement. This series of six photographs depicts the descendents of Armenian converts, who turned to Islam to escape the genocide that took place in the Ottoman Empire in 1915. Having rediscovered their roots but reconverted into Christianity, these descendants are forced to conceal their Armenian background. They remain invisible, unaccepted by Turkish society and partly excluded from the Armenian community. ‘Unexposed’ was presented in the Armenian Pavilion at the Venice Biennale last year, awarded with the prestigious Golden Lion Award.

Hrair Sarkissian (1973), born and raised in Damascus, was trained in his father’s photo studio before completing his Photography studies at the Gerrit Rietveld Academie in Amsterdam. His work has been shown worldwide at a.o. the Armenian Pavilion during  the 56th Venice Bienale—awarded with the Golden Lion; the African Biennial of Photography, Mali (2015); Tate Modern, London (2014-15); New Museum, New York (2014); Photo Museum Antwerp (2013); and Mori Art Museum, Tokyo (2012). Solo exhibitions where held at KW Institute for Contemporary Art, Berlin (2015); Mosaic Rooms, London (2015)—accompanied by the publication of his monograph ‘Background’; La Spezia, Italy (2015); SALT Beyoglu, Istanbul (2011); The Museum of Photography of Thessaloniki, Greece (2007), and repeatedly at the Kalfayan Galleries in Athens. Sarkissian currently lives and works in London.