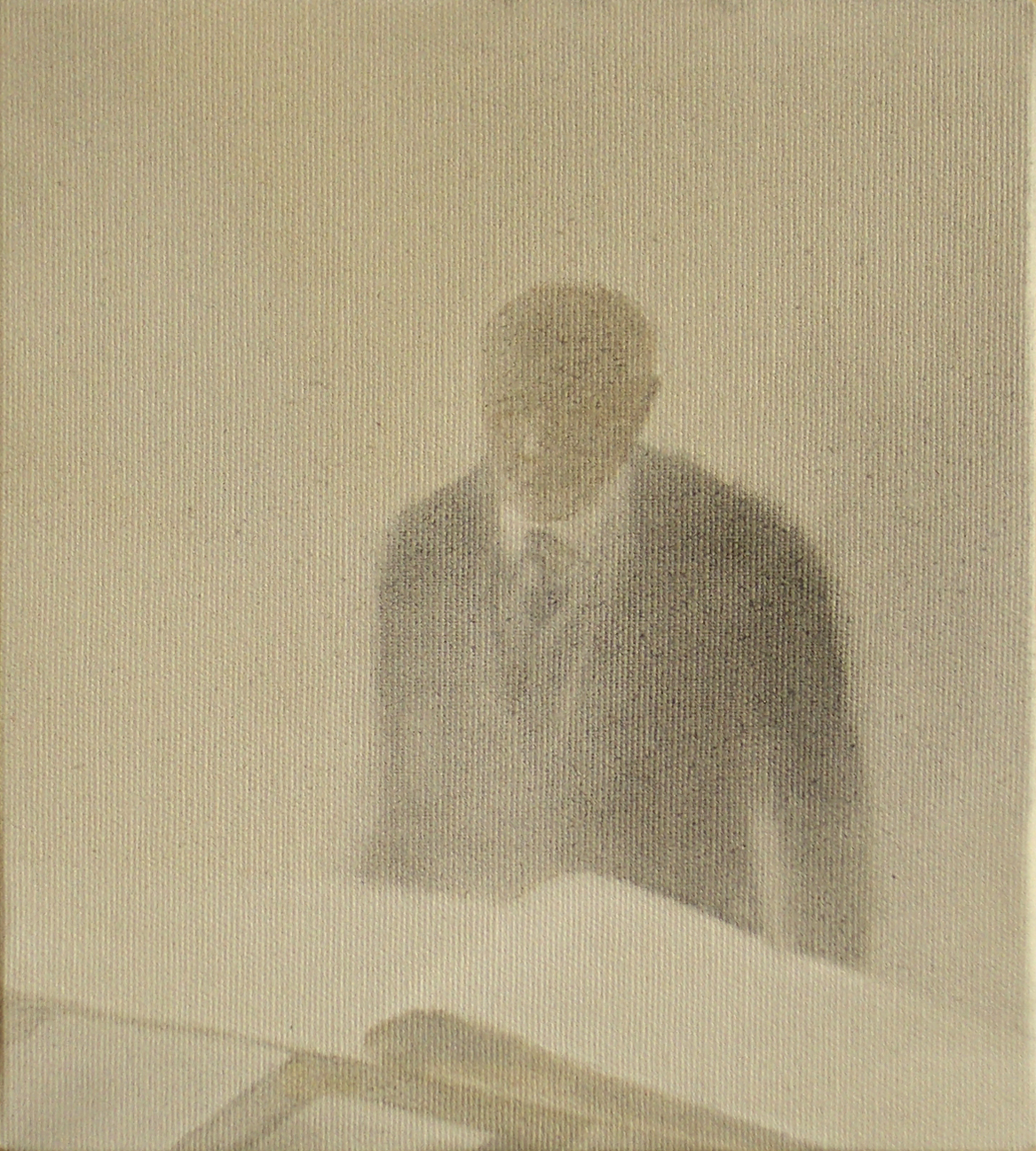 The themes of Jānis Avotiņš’ paintings are loneliness and alienation. Scenes from books by Kafka and Dostoyevsky or references to a collective memory seem to turn up in these paintings. According to Avotins, the loneliness that his work expresses emphasizes the vulnerability of the individual who is oppressed in our modern society. To show this, all references to time and place are omitted from these works. There is nothing that points to a chronological process or to an identity of the figures in them. Everything centres around the depiction of the fragile human condition. What is striking about Avotins’ work is the immaterial character of the scenes that seem to take an eternity or a second. Faces remain unrecognizable because Avotins considers the expression on a face to be too personal and too intimate. In contrast, hands are very present. Janis Avotins feels an affinity in his method of painting for the Lithuanian-American painter Vija Celmins and he acknowledges the influence of Werner Herzog and Deimantas Narkevicius in his own oeuvre.

Graduated from the Janis Rozentals School of Fine Art (1999), Jānis Avotiņš (1981, Riga) pursued his studies at the Manchester University (2002) and received a BA Painting at the Latvian Academy of Art (2003). Avotiņš’ work has been presented in exhibitions throughout Europe and the USA, a.o. the Saatchi Gallery, London (2012), Hudson Valley Centre for Contemporary Art, New York (2006/07/10), Ludwig Forum für Internationale Kunst, Aachen (2008), Villa Manin Centro d’Arte Contemporanea, Codroipo/Udine (2006) and the Prague Biennale (2005/07). He has had solo exhibitions at Galerie Rüdiger Schöttle (Munich), Vera Munro (Hamburg), AKINCI (Amsterdam), and is represented by IBID Projects in London and the Johnen Galerie in Berlin. His works are in various collections, a.o. the Saatchi Collection in London and The Cartin Collection in Boston. Avotiņš lives and works in Riga.