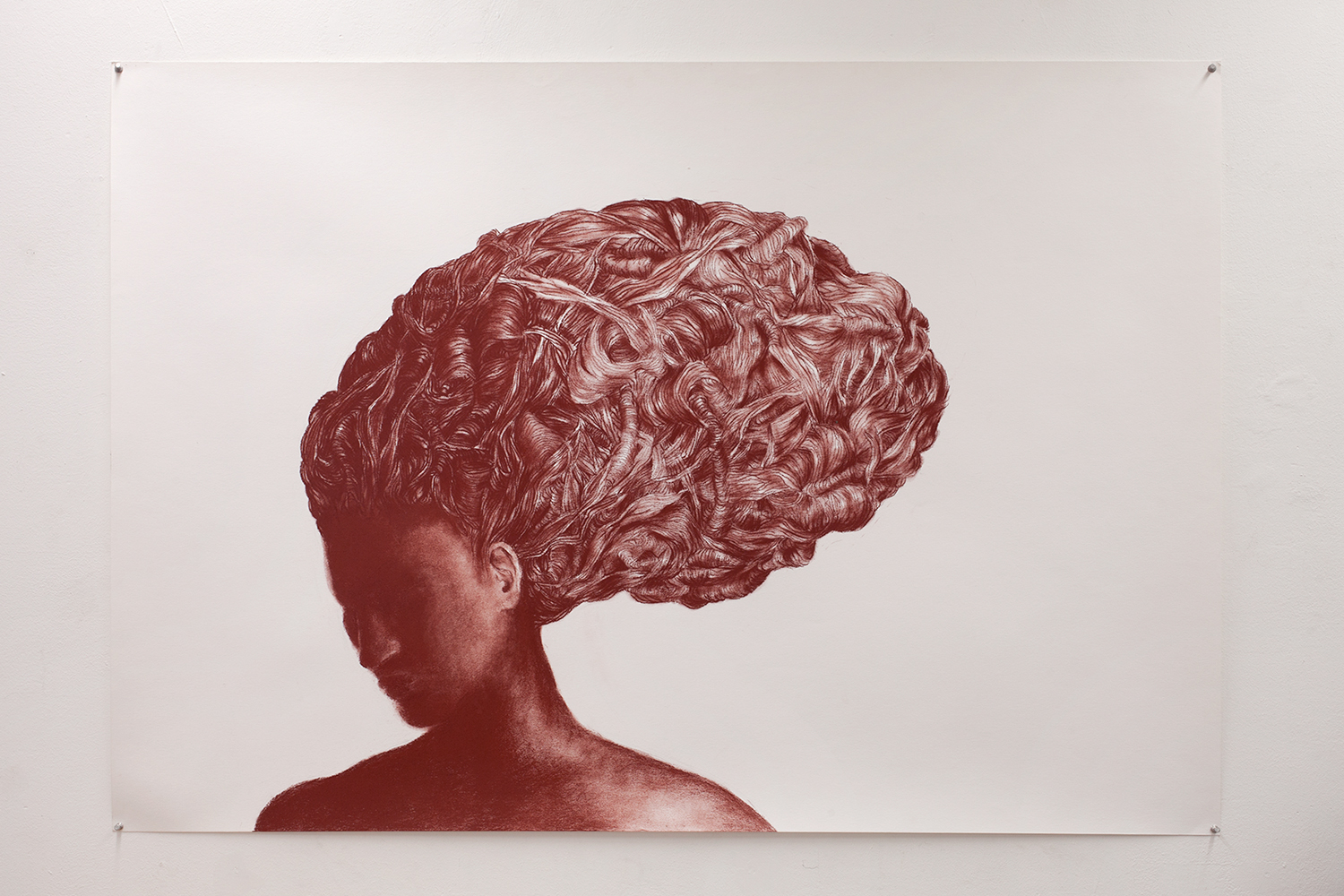 In her work, Petra Morenzi challenges us to believe what we are seeing. Her sculptural work and work on paper is based entirely around the ‘standard’ human figure that is far from being ‘normal.’ To be in their presence is to feel that you came in at a point of mid-adoption, as if the figures have been given the task of managing and contemplating the physical forms they find themselves in.

Petra Morenzi (1954, Heilbronn, Germany, lives in The Netherlands) studied at the Gerrit Rietveld Academie and at the Rijksakademie voor Beeldende Kunsten in Amsterdam. She has exhibited several times her work at AKINCI, Amsterdam, as well as in national and international institutional exhibitions. Morenzi’s work has been acquired by various collections, including Akzo Nobel; Collection Museum Voorlinden; Teylers Museum, Haarlem; Collection Deutsche Bank, Frankfurt; ABN Amro Collection and Stedelijk Museum Amsterdam.