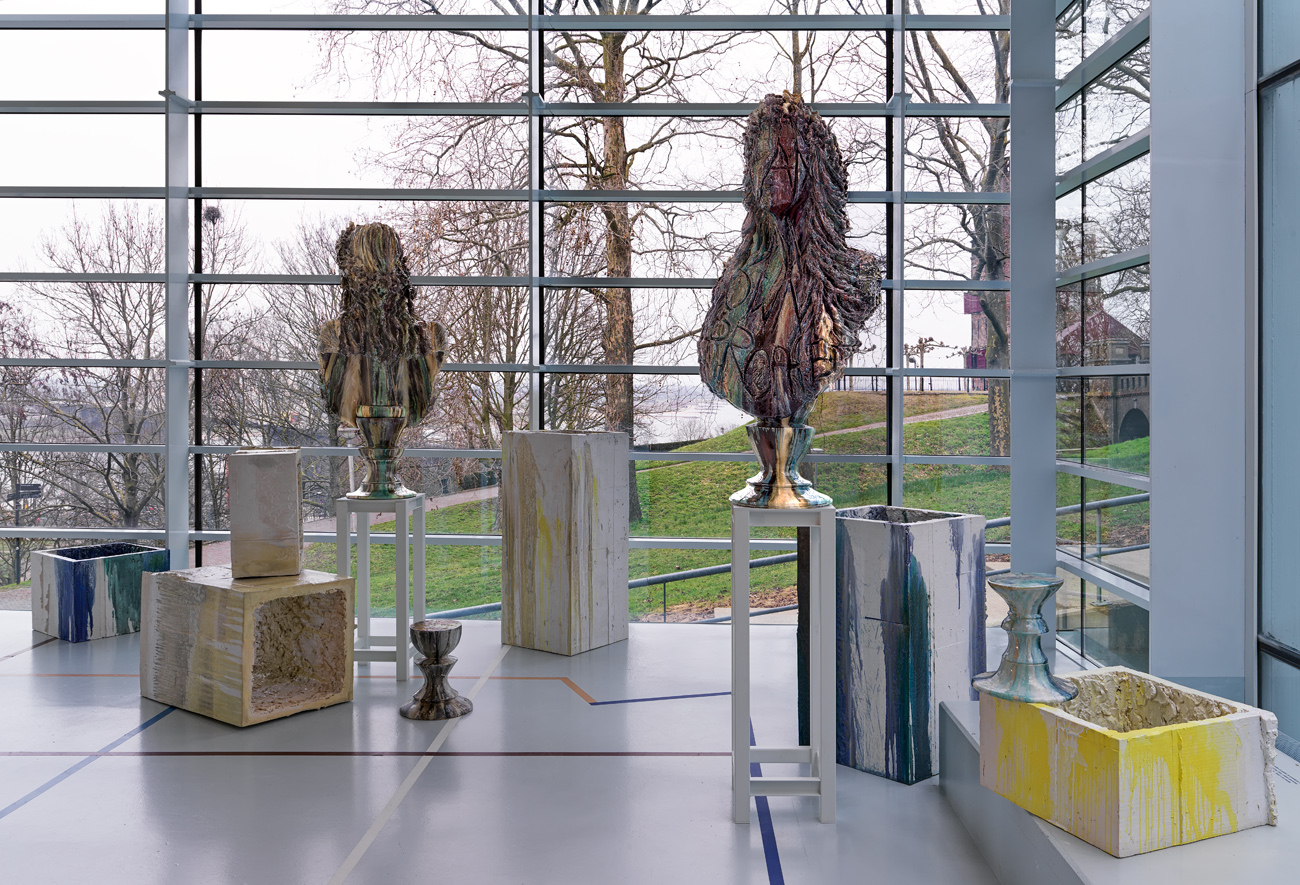 Museum Het Valkhof in Nijmegen has acquired Anne Wenzel’s immersive installation Under Construction, with generous support of the Mondian Fund.

Museum Het Valkhof is the first museum in The Netherlands to acquire a complete installation by Anne Wenzel.

Since 2000, Anne Wenzel has been building an oeuvre of ceramics, fearlessly diverting its tradition into remarkable sculptures with a brutal sense of decay. Drawing her inspiration from art-history, Wenzel is intrigued by the symbolic language behind heroism and violence, and the extravagant spectacle that tends to accompany these subjects. Her sculptures are often described as modern-day Vanitas, subsequently undermining their own heroic aura. When looking at Wenzel’s sculptures of people and animals, is it as if witnessing some horrific event taking place. In contrast, her apocalyptic landscapes show the dreadfully calm remains of an action, rather than the action itself.  In her new series of work, Wenzel focuses more on the language that lurks behind the heroism of war memorials. Her monumental florals and wreaths, a universal symbol for celebration and the commemoration of war, are frozen in a state of decay. She unmasks the monument and, through the medium of clay — which she uses unconventionally and without regard to national borders – shows that all ideologies and even personifications of power display identical stylistic and linguistic characteristics.