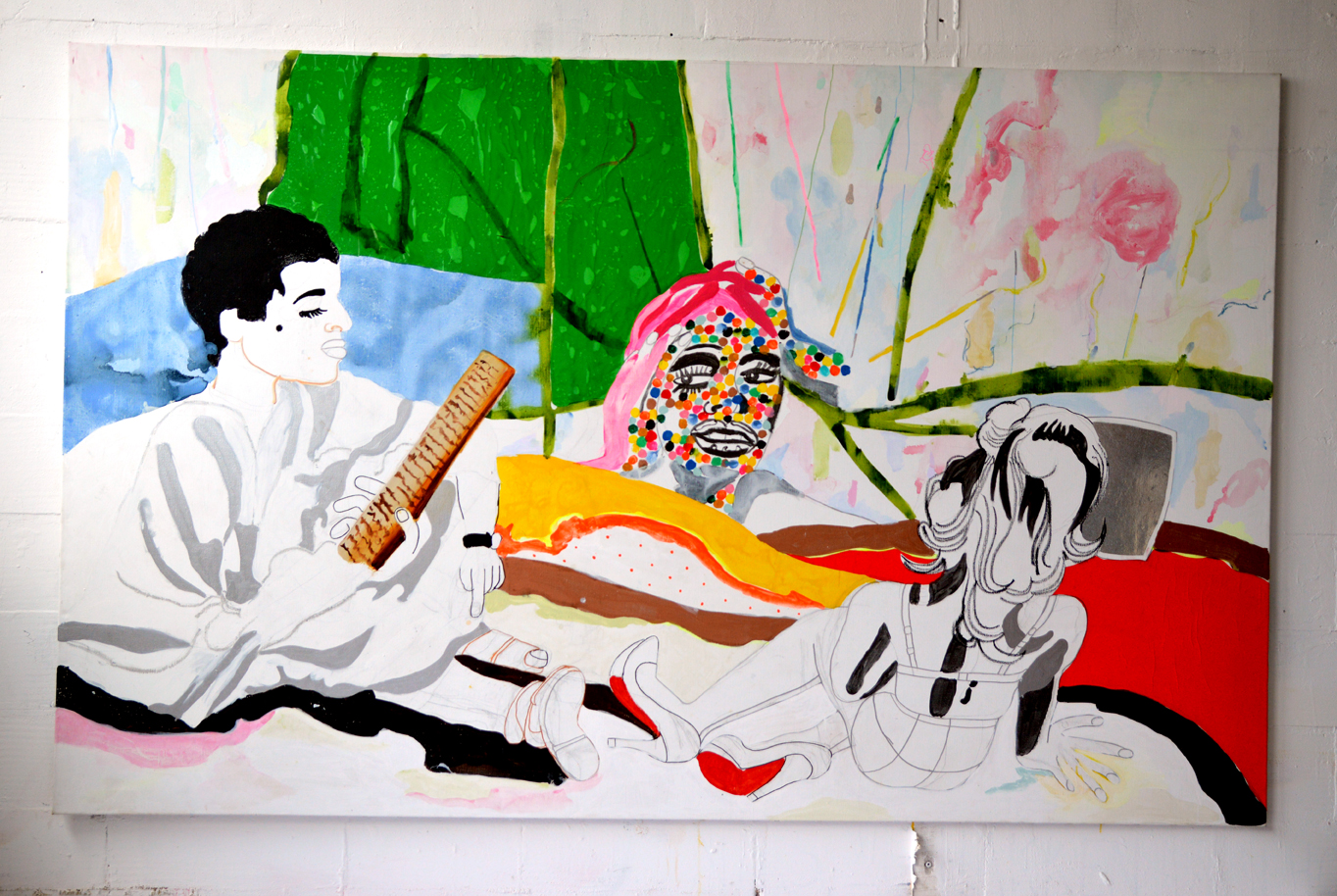 Committed to the social and political movements of our global society in general, Charlotte Schleiffert (1967, Tilburg, the Netherlands) has no intention to compromise or subdue the stories and situations that her paintings refer to, sometimes literally summarized on the canvas with handwritten text. Crude themes are addressed with dynamic brush strokes, life size figures poised with a striking elegance. Abstraction and figuration seem impulsively composed, using a broad combination of media treatment (oil, acrylic, egg tempera, pastel, foil…). With bursting colour Schleiffert depicts the opposition between poverty and wealth, the friction between religions, the immeasurable impact of both male and female rape-strangely glamorous and heart wrenching at once. Throughout all paintings the underlying desperation for love, protection and luxury is both hopeful and unsettling.